Each year, the Society of Professional Journalists sponsors internships for more than a dozen bright, motivated and hard-working student journalists to staff The EIJ News, a news site that covers SPJ’s annual journalism conference. Student writers, editors, and photographers are invited to apply for these select positions. 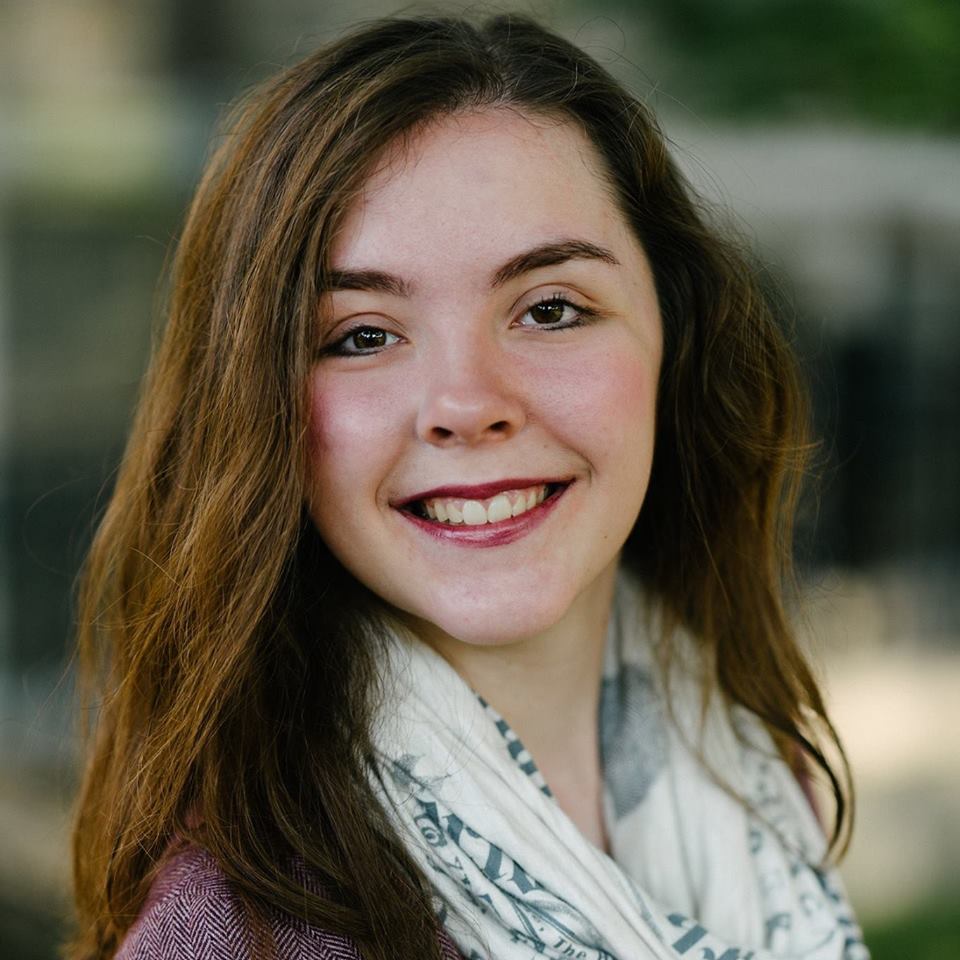 Alexandra Bowman is a freelance illustrator, political cartoonist, and fine artist from Washington, D.C. She serves as the Political Cartoonist for The Lincoln Project and environmental news platform Our Daily Planet.

Alex is also the creator of “The Hilltop Show,” Georgetown University’s political comedy show, which seeks to present campus, national, and international news to a wide audience in an entertaining package. More information about the show can be found at hilltopshow.com.

Alex has illustrated three children’s books and has had her work published by BBC News, BBC Books, Puffin Books, the Georgetown University Institute of Politics and Public Service, and Penguin Random House UK. Her work has been featured by a variety of groups on social media, including Disney XD and The Late Show with Stephen Colbert.

Alex is a junior at Georgetown University, where she is double majoring in English and Art.

David Keeling is a student at Prairie View A&M University, in Prairieview, Texas. He is pursuing a Bachelor of Arts degree in Broadcast Journalism.

David has a deep passion for creating content that can have longevity and that can have a lasting impact on his audiences. He is entering his last semester of college and looks to enhance his journalism skills while also connecting with other journalists.

David is currently interning at Houston Public media as a news reporter where he participates in news by coverage conducts interviews and writes features.

David wants to become a Sports Reporter. He currently has two podcasts: The Sports Horizon and The Free Game.

Evelin De La Rosa is a senior at the Jack J. Valenti School of Communication at the University of Houston. She is working towards her bachelor’s degree in broadcast journalism with a minor in Spanish.

She has experience in media production, print and broadcast journalism, social media and video editing. Evelin’s interest in journalism was enhanced through the non-profit El Gato Media Network (EGMN).

She is currently the communications and outreach intern for AARP in Texas. Evelin won the 2019 Sylvan Rodriguez Scholarship with the Houston Association of Hispanic Media Professionals for her hard work and dedication.

She graduates in December and hopes to land her dream career as a television producer.

Hannah Foote is an Arizona native expecting to graduate from Arizona State University in May 2022 with degrees in print journalism, justice studies and cultural studies.

Foote has reported for The Guardian, Kaiser Health News, The State Press, PBS in Los Angeles, Herald/Review and the Downtown Devil.

She works as a knowledge base and media enterprise researcher in a partnership with the Los Angeles Times, and currently holds an editor position for The Echo, an arts and culture desk with an emphasis on alternative and innovative storytelling.

During his first year as a student, he has joined two honor societies, became a student leader, and the Vice President for his NABJ chapter.

His work consists of a multimedia project with The Baltimore Sun, participating in the America North East Hackathon, and writing for the Baltimore Times.

When he is not writing, he enjoys attending concerts, binge-watching anime, and creating new memories with his family.

Upon graduation, he seeks to find a job in the world of Public Relations and create a platform for local artists.

Marc Ray is a junior at the University of Houston, where he is pursuing a Bachelor of Arts in broadcast journalism.

In 2019, he started his journalism career by joining The Venture Online, primarily as a multimedia sports reporter. Since then, he has expanded his storytelling with work ranging from sports coverage, featured writing, and protest reporting.

Marc has a deep passion for creating and distributing content for a diverse audience. He looks to enhance his storytelling skills while also connecting with other aspiring journalists.

Monica Sager is a freelance writer from Clark University, where she is pursuing a double major in psychology and self-designed journalism with a minor in English.

She wants to become an investigative journalist to combat and highlight humanitarian issues.

Monica has previously been published in newspapers and magazines including: The Pottstown Mercury, The Week UK, Worcester Telegram and Gazette and Food Bank News.

Olivia Vermane is a senior communication and religious studies student at George Mason University. She has reported for her university newspaper, Fourth Estate , since her freshman year, serving as both a writer and editor.

Through a fellowship with the National Journalism Center, she was a news reporter for Military Times , and most recently she has worked as a Research Scholar for the Roy Rosenzweig Center for History and New Media.

Olivia plans to pursue a career in multimedia journalism upon graduation in May 2021.

Sudiksha Kochi is a sophomore at George Mason University studying Communication with a double concentration in journalism and media production/criticism and a minor in political communication. She is a staff writer for her university newspaper, the Fourth Estate, and the president of the Society of Professional Journalists GMU chapter.

Outside of campus, Sudiksha is the International Media and Communication Coordinator for the Charity Center for Children and Youth Development, a nonprofit organization dedicated to providing educational resources for women and children in Zambia. She is also a sports content writer for StatementGames Inc. Bob Butler is an award-winning journalist who has worked in radio, television and print. He is currently a reporter at KCBS Radio in San Francisco. He spent 18-months as the diversity director for CBS Corporation. Bob was a key member of the Chauncey Bailey Project, which investigated the murder of journalist Chauncey Bailey. He created and executes the Television Newsroom Management Diversity Census. He is a former President of the National Association of Black Journalists and is the Broadcast Vice President on the board of SAG-AFTRA, the union that represents thousands of broadcasters and actors around the world. Bob holds a Bachelor’s Degree in Broadcast Communication Arts from San Francisco State University. 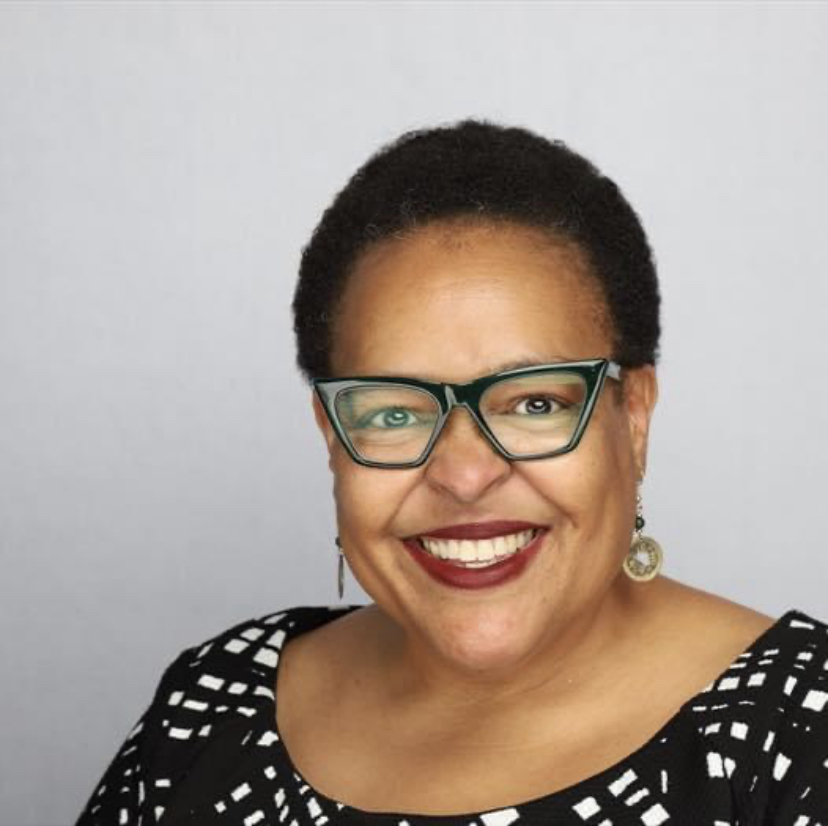 Benét J. Wilson is the Credit Cards Editor and a travel/aviation writer for The Points Guy. She serves on the boards of the Online News Association and Mercer University’s Center for Collaborative Journalism and is the immediate past VP-Digital for the National Association of Black Journalists. She is a strong advocate for media diversity, mentoring and career navigation. She has moderated workshops and webinars on topics including digital journalism, branding and social media. She graduated from American University in Washington, D.C., with a B.A. in broadcast journalism. She resides in Baltimore, Md. 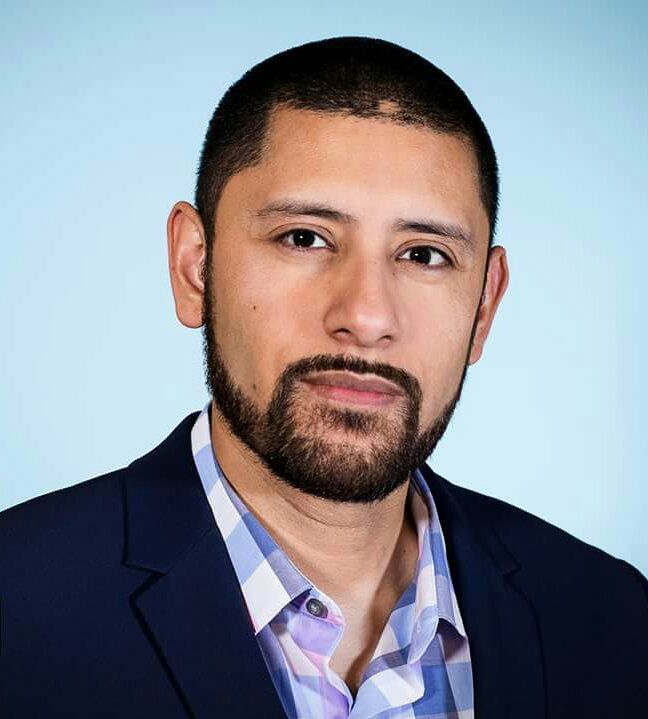 Raymond Ruiz is the founder of EGMN (El Gato Media Network), a 501(c)(3) nonprofit that provides career development services for media students and young professionals. When not training young media pros, he is doing communications and digital marketing consulting for nonprofits and small businesses. Raymond was recently selected by the Online News Association as a Journalism Mentorship Collaborative fellow and is a trainer for the Society of Professional Journalists where he teaches newsrooms how to use Facebook products. Raymond has a master’s degree in education and a bachelor’s degree in technology management from the University of Houston. He is currently pursuing his MBA at UH with a focus on digital marketing.

Kaitlin Washburn is currently a gun violence reporter for The Kansas City Star as a part of Report for America, a national service organization aimed at bolstering local journalism. Previously, she was an agriculture reporter in California’s Central Valley for The Sun-Gazette, also as a part of RFA. She graduated from the Missouri School of Journalism in 2019 with a bachelor’s degree in investigative journalism. She worked for Investigative Reporters and Editors as a student researcher. Throughout college, Washburn had internships at The Oregonian, The Center for Responsive Politics and The Morning Call. She was a member of the EIJ News team during the 2018 SPJ conference in Baltimore.