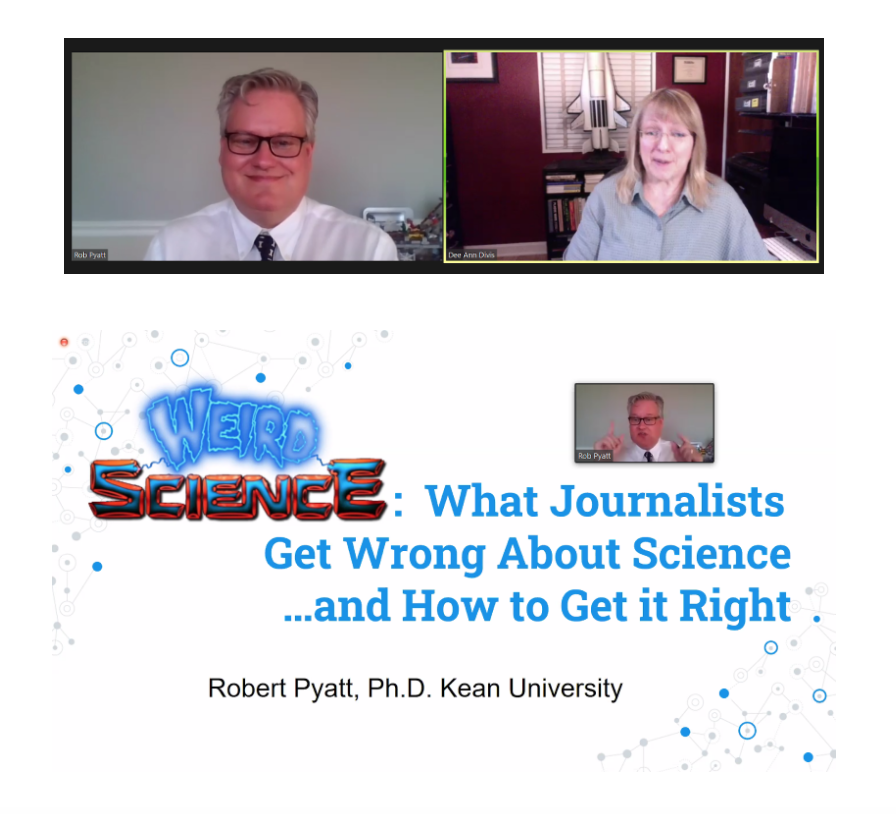 Science and Journalism: Reporting in a pandemic

Inaccurately summarizing a study can cause considerable issues — misinforming the public, skewing the research’s results and creating misleading situations. To ensure an accurately informed public, articles on science must be written critically and comprehensively, Pyatt said.

And yet, in today’s pandemic-permeated society, the problem of pushing out falsities or exaggerations pervades.

“I started to realize that science and journalism at times can be confusing to people in the public,” Pyatt said. “It’s a collective problem that we have as a society.”

Pyatt talked with journalists at the SPJ Conference Saturday about what they’re getting wrong and how they can do better in his session, “Weird Science: What Journalists Get Wrong About Scientific Studies…and How to Get it Right.” He also explained key parts to scientific studies like correlation, sample size and scientific controls.

“Most of the journalists I talk to, they don’t have a formal training in science, and that’s one of the barriers for them understanding the subjects they’re writing about,” Pyatt said.

One of those science reporters is Karen Weintraub at USATODAY. She majored in art history and urban studies at the University of Pennsylvania. At the Boston Globe, though, Weintraub fell into health and science reporting, she said, and has since specialized in the field.

“There aren’t a lot of journalists who are as lucky as I am to be able to focus on science so they might go…from covering a fire in the morning to covering hydroxychloroquine study an hour later,” Weintraub said. “They just don’t have the time to read the study or the expertise to understand the significance of it. I think that’s where we get into trouble with journalism sometimes.”

Weintraub and Pyatt agreed that one solution is recognizing who an expert is and their value to the story can help.

“There are these stories quoting economists about infectious diseases and commenting…without understanding epidemiology,” Weintraub said. “I think that making sure that the experts have expertise in the area you’re covering is important, not just having a PhD.”

People inaccurately claiming to be certified public health officials has also become an issue during the coronavirus outbreak.

“It relates to the erosion of trust that we have in experts across our society What we see now is that erosion has focused on medical experts,” Pyatt said. “Unfortunately, in the pandemic, when the medical reality doesn’t fit the narrative of particular groups’ political or religious viewpoints, then that reaction has been to discredit the medical experts.”

Journalists must look at medical experts’ background, work and interactions with other professionals as well as the public to accurately choose sources to bolster their stories instead of hurt them.

Pyatt included a list of predatory scientific journals in his presentation.

Chris Adam, a science and engineering writer at Purdue Research Foundation and attendee of Pyatt’s session, mentioned how he’s talked to patients that have been detrimentally affected due to false reporting. A cancer patient saw a report that was written as if the study was clinically tried, tested by subjects, and a potential cure. In fact, it was none of those.

“That’s really difficult for me,” he said. “[As a writer,] I’m being an advocate for the readers….I think it’s really important to make sure it’s completely accurate and not something aspirational.”

Pyatt said all of the blame cannot be placed on the journalist. Websites producing revenue from views on pieces will sensualize headlines. The consumer is then drawn in by the dramatization and wants to share it without taking the time to analyze the article.

Adam believes the public can push back with questions. Journalists, he said, should also not be scared to ask clarifying questions that come about after researching scientific studies, which could simply be going through the abstract.

Siri Carpenter, the co-founder and editor-in-chief of The Open Notebook and the current president of the National Association of Science Writers, said news organization budgets are “so constrained now,” limiting resources for hiring editors and fact checkers.

“I think it’s never been more clear how critically important high-quality science journalism is to society, and yet it’s harder and harder to deliver it,” Carpenter said.

To stimulate people’s interest while informing them, Pyatt suggests sharing to social media an article while including a quote that stood out, beyond the headline, in the post. Pyatt now is researching the effectiveness of this in Facebook groups centered on science, like his own Weird Science with Rob Pyatt.

Minute-to-minute engagement does not help, as it overloads people and also creates opportunities for science deniers to become visible. Looking to media outlets that have unbiased assessments are the best source for accurate scientific information.

“We are living in a time where the very concept of what is a fact is perpetually in dispute,” Carpenter said. “The incredible proliferation of misinformation and conspiracy theories during this pandemic has been shocking, but in a certain sense it should not be, as it’s really part of a larger and scary pattern.”

Pyatt said it’s dangerous for organizations to incorrectly report medical facts related to COVID-19, even if it’s corrected, due to the risky impact the information makes.

“We’re humans. You’re never going to completely remove bias,” Pyatt said. “What we’ve seen though is an erosion in trust in our experts and in our journalists. I think what we need as a society is to re-establish the value in those.”