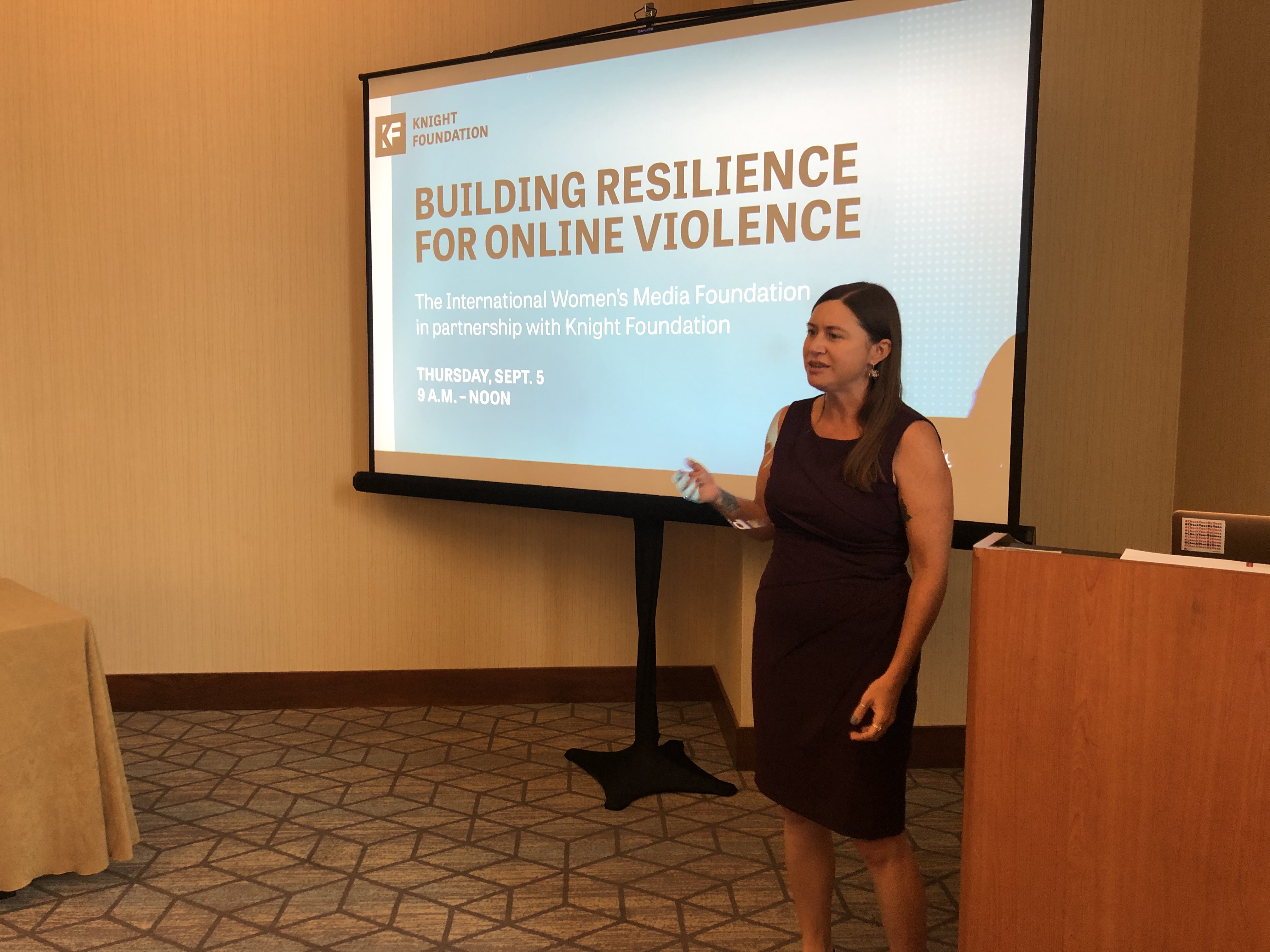 “Almost immediately [after posting the story] the comment section blew up in a very negative way, a very hostile way, as well as her receiving harassing messages on her social accounts…” McGinnes said. “And that’s not the first time this has happened at our news organization.”

In this age of exponential digital growth, journalists face a greater risk of online violence across the world. The International Women’s Media Foundation (IWMF) recently conducted a survey of 600 female journalists where two-thirds reported having been attacked online. Of those, 40 percent have since avoided reporting specific stories and 30 percent considered leaving the industry.

What are the digital issues affecting journalists

Nadine Hoffman, Deputy Director of IWMF, facilitated the panel discussing digital dangers of being a journalist and how attendees could protect themselves from being targeted for the stories they report.

“The landscape is getting more dangerous for both male and female journalists.”

According to Manager of Special Projects for Pen America, Viktorya Vilk, the collecting of journalists’ private information and sharing it online in a practice referred to as doxing is “one of the biggest issues facing journalists” today.

The speakers brought up many risks journalists face, such as the threat of their accounts being hacked. The perpetrators of these attacks can be anyone from random trolls to different government groups trying to get information.

How companies are addressing the problem

While some companies have their employees go through online harassment training, Buzzfeed being one example, not all companies are responding to the emerging threat.

Because of the gaps in education on the subject, EIJ 19 took initiative in training journalists. Going through the process of securing all your accounts can be confusing, but luckily, multiple digital experts walked attendees through the basics.

“I think for a lot of people who are not necessarily tech savvy, including me, it can seem pretty mysterious, all of this digital security advice,” Hoffman said.

What can journalists do

Harlo Holmes, Director of Newsroom Digital Security at Freedom of the Press Foundation, shared multiple tips and resources for securing your information.

Holmes explained two-factor authentication as a way of securing accounts by requiring two different pieces of information to be given before having access to an account. She first recommended visiting twofactorauth.org, a website that breaks down what websites offer the service.

However, according to Holmes, not all two-step verification methods were created equal. She does not recommend text message verification — having a code sent to your phone — as that can easily be compromised. Cloud-based storage of codes can also be tricky as well. Since the cloud is entirely online, hackers have an easier route to obtain those codes. Holmes uses an app called KeePassXC, which rather than being cloud based is file based, which then can be saved on an external flash drive for maximum security. 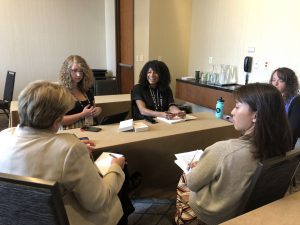 Vilk of Pen America was last to speak, and listed multiple resources for those looking to protect information. Pen America’s Online Harassment Field Manual gives advice on how to prepare and respond to online harassment, as well as information on support and legal consideration.

She also recommended attendees to go online to securityplanner.org, a website that gives a step-by-step plan on how to take action based on their device and top security concern.

Getting attacked online and having important files compromised is a fear for many journalists. However, with the growth of the digital world and digital attacks, there is also a growth in those who support journalists and help keep them safe.

“We’re basically saying,” Hoffman said, “if there are people trying to shut journalists up we need to figure out how to amplify [journalists’] voices.”