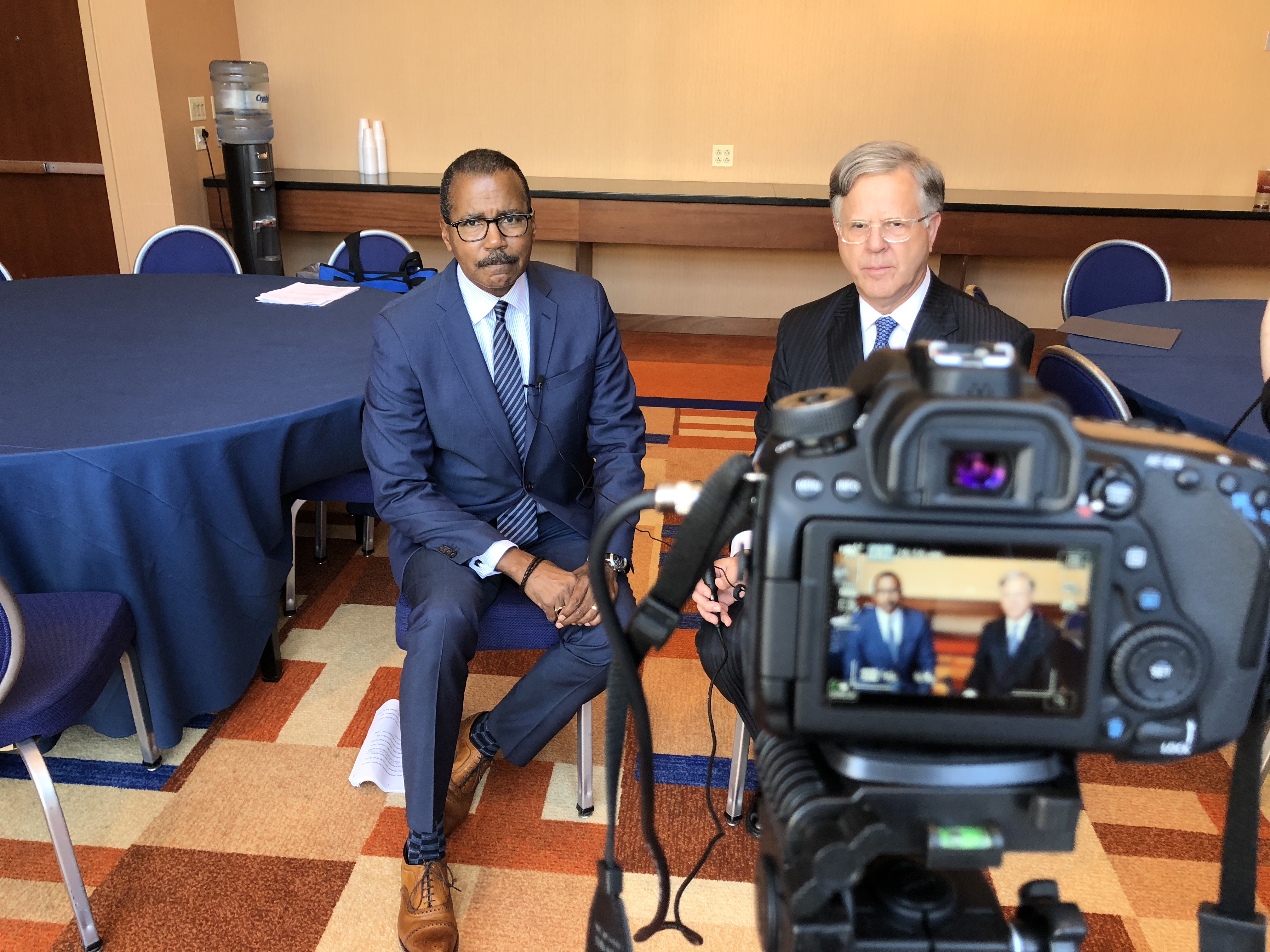 Pete Williams and Bill Whitaker received some of the highest honors at the Excellence in Journalism Conference.

Bill Whitaker, currently a correspondent on 60 Minutes, has been a part of CBS News since 1984. He received the Paul White Award. White founded CBS News in 1933.

Having won multiple Emmy Awards, Whitaker has been a correspondent on 60 Minutes since 2014, and has covered everything from the opioid crisis to the Syrian refugee crisis.

Before receiving their awards, Williams and Whitaker offered some advice and inspiration to the RTDNA and SPJ Newsroom reporters.