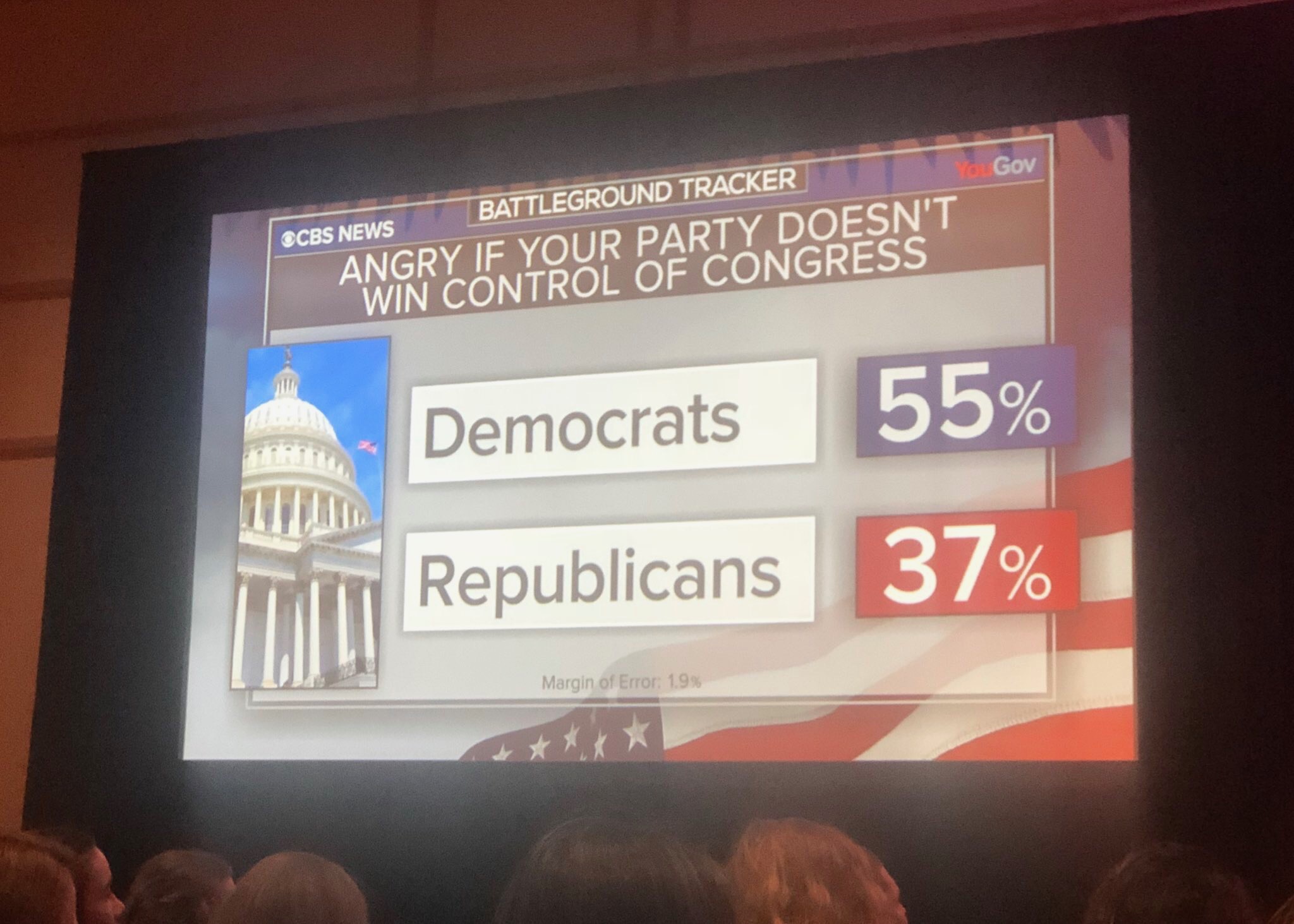 November midterm elections mark the midpoint in President Donald Trump’s four-year term. What does this mean for his presidency?

All 435 seats in the House of Representatives, 35 of the Senate’s 100 seats and 36 state governors are up for election. The results will shape U.S. politics for the next two years and will either make or break the second half of Trump’s first term.

Republicans currently control both chambers of Congress — where another two years of a Republican-controlled Congress could allow him to make another attempt to repeal the Affordable Care Act, leave DACA recipients and Dreamers uncertain about their future and increase the chances of fully funding his border wall.

On the other hand if Democrats take the wheel, many of Trump’s policies could be in jeopardy.

“A Democratic win is heavily dependent on people who generally do not vote in midterms,” said Anthony Salvanto, CBS News Elections & Surveys Director.

Everyone’s wondering how these elections will play out.

These midterm elections are being categorized as either a “blue wave” or “red wave.”

President Trump said in a tweet that “a blue wave means crime and open borders. A red wave means safety and strength!”

“We may be looking at a ‘pink wave,’ rather than a red or blue wave,” said Wendy Wilk, Washington Bureau Chief, Hearst Television.

Midterm elections are on November 6th.

Previous story
Capital Gazette shooting hits close to home with journalists at EIJ18
Next story
Creating an Experience: Boyd Huppert speaks on how tools and focus can improve visual storytelling