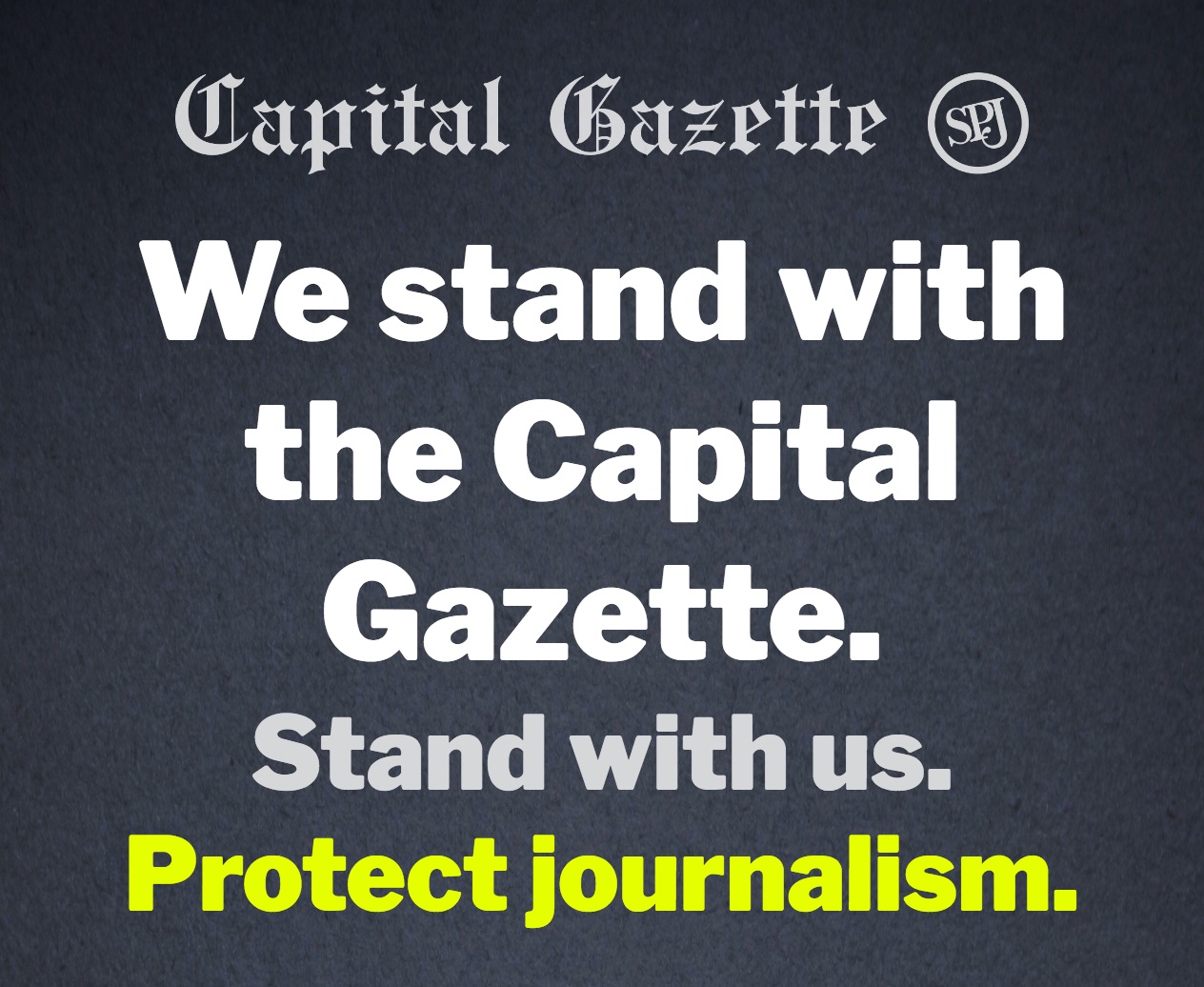 At least once in their career, a journalist will likely cover a major tragedy or violent incident. But how does that dynamic change when journalists become the subject of the tragedy?

All over the world, journalists have been subjected to violence, torture, and even murder. We saw it when Alison Parker and Adam Ward, a reporter and cameraman for CBS affiliate station WDBJ in West Virginia, were gunned down live on the air in 2015.

According to the Committee to Protect Journalists, the United States is now the third-deadliest country for journalists.

The US is now the third deadliest country for journalists in 2018, behind only #Afghanistan, where 10 journalists have been killed because of their work, and #Syria, where the number is five. https://t.co/BnRjoVb5eC pic.twitter.com/g8H6DuY9zM

Yet, there are still so many journalists who are committed and understand the importance of reporting stories that need to be told–even in the face of danger. Most recently, this determination was seen by the editors and reporters of the Annapolis Capital Gazette. On June 28, 2018, five people were gunned down by a lone shooter who gained access to the newsroom. But that didn’t keep them from doing their work.

Nancy Cook Lauer is a reporter for West Hawaii Today. In Hilo, Hawaii, Lauer was almost 5,000 miles away from the scene of the shooting, but it still affected her deeply. She was compelled to write a column that made it clear that violence against journalists will not go on unnoticed.

Richard Prince – An Appeal to Logic

Richard Prince reports on diversity in the journalism industry for his website Journal-isms.com. At first, he wasn’t sure if the shooting was a piece that fit his niche. After he saw live reactions from Phil Davis, an African American Capital Gazette reporter who tweeted from under his desk during the shooting, Prince knew this was a story he had to illuminate.

You wanna know how I feel?

I feel like 5 of my co-workers are dead and the sovereignty of several others will forever be compromised because they are now only survivors, not individuals.

All because of something that involved none of us.

For Prince, the most pressing thought was why this shooter was able to access the newsroom in the first place. He questioned why more security protection wasn’t put in place at the Capital Gazette.

Lacey Latch – Looking Towards the Future

Lacey Latch is a student journalist from DePaul University. For Latch, she understood the gravity of the shooting immediately, especially with the increase of mass shootings in the U.S. Latch said that recent rhetoric that says the press is ‘the enemy of the people’ has contributed to this violence, but she didn’t expect it to escalate to the point of journalists losing their lives. As a student working towards her own career in journalism, the Capital Gazette shooting highlighted the risks Latch may one day face.

Tyler Waldman is a web editor for WBAL NewsRadio 1090, a less than one hour drive from the Capital Gazette. For Waldman, it was unbelievable that a shooting occurred not only in a newsroom, but so close to home. While he wasn’t able to help the newsroom in the aftermath as volunteer, he said the sheer number of writers, editors, and reporters who did answer the call for help reminded him why he loves working as a journalist.