“Where does valid news come from over time as the industry is changing?” 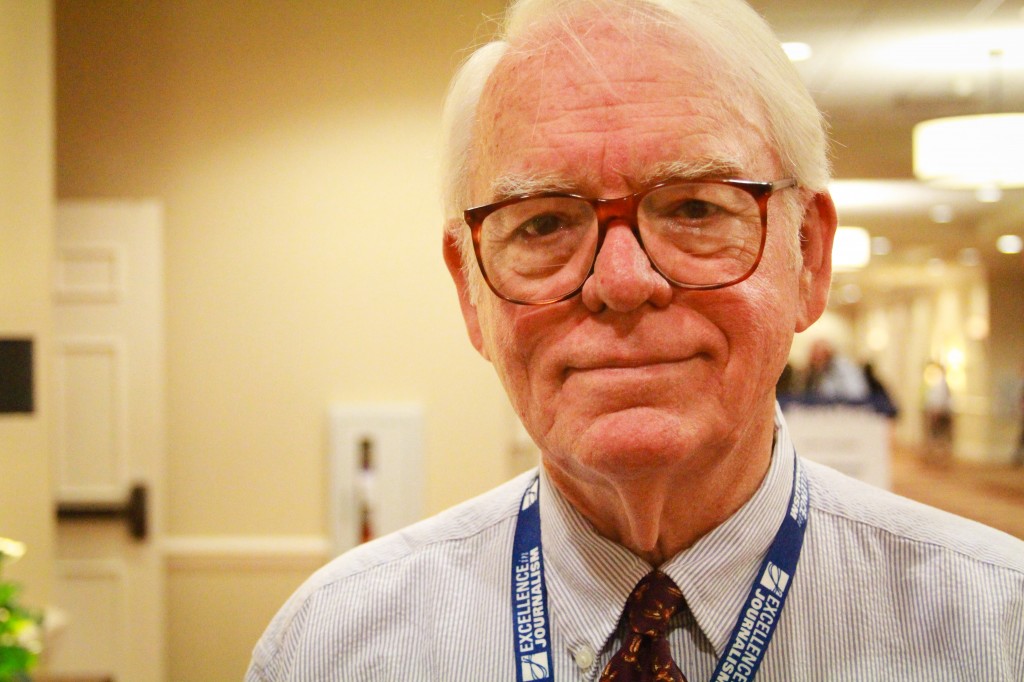 Paul Steinle – President at Valid Sources “I think deciding what to put on the news day after day is an ethical dilemma. You need to ask yourself, ‘are you serving the community? Are you telling the truth?’ Those are the main things. There was a horrible example during the Boston Marathon explosions where social media was used and one of the newspapers grabbed a picture and put it on their front page and basically indicated that the people in the pictures were suspects. (Ethics is) about working hard enough to verify the information you have. When something like that happens, it’s very hard on your credibility and status in the community.”

This is the question posed by Paul Steinle, Excellence In Journalism 2014 speaker and professor emeritus of Southern Oregon, adjunct professor at Quinnipiac University and President of Valid Sources.
Steinle is invested in this question and how journalists access ethics in their daily work life. He created a 501(c)(3) organization with his wife, Sara Brown, Ph.bD. called Valid Sources. They packed up their things to embark on a road trip with the goal of questioning a variety of journalists about the ethics of daily journalism.
In the company of his wife and Tallula, his terrier, Steinle racked up 31,000 miles on his car while visiting 50 states for 13 months.
Through his travels and interviews, he gained the resources necessary to write his book, “Practicing Journalism: The Power and Purpose of the Fourth Estate,” create the website, “Who Needs Newspapers” and create a session about the ethics of daily journalism with Brown.
The two visited large, small, privately-owned, chain, and ethnic newspapers to get a wide array of journalistic viewpoints asking sources to identify their motivation, best practices and journalism epiphanies.
“We found that newspapers are struggling since the 2008 recession,” Steinle said. “But they were ultimately transforming and figuring out how to use the Internet (and) make digital operations.”
He said the four main keys to “your status as a working professional journalist” include body of work, work habits, standing among peers and integrity.”
“Your integrity is your main precious attribute that you don’t want to tamper with,” Steinle said.
He briefly touched on the “things you know” saying journalists understand that plagiarism, deception and being self-serving compromises ethics.
However, Steinle offers six tips for practicing ethical journalism.
Tip One.
Seek the truth and report it.
Tip Two.
Tell the entire story.
Tip Three.
Be responsible: manage your own reporting.
Tip Four.
Ask the difficult questions.
Tip Five.
Don’t back down to authority.
Tip Six.
Remember whom you are serving.
To reinforce his points, Steinle showed a video of the editor-in-chief of the Montreal Gazette, Lucinda Chodan, saying that it’s important to include all platforms, including social media.
“I believe that ethics is part of a culture and mindset,” Chodan said on the video. “Once, a reporter was covering an event and made an inappropriate personal comment about the appearance of someone at the event. That person was spoken to and took some time out of the newsroom. It was very visibly inappropriate.”
She states that there’s a blurry line for journalists when their Twitter identity is part of their own brand and their company’s brand.
“It’s an uncomfortable place,” Chodan said.
Steinle summed up his speech saying, “Practice professional, ethically-guided journalism. That’s why The (Ethics) Code is important. Think about your own experiences. What’s your role? Who are you serving? Why are you there?” 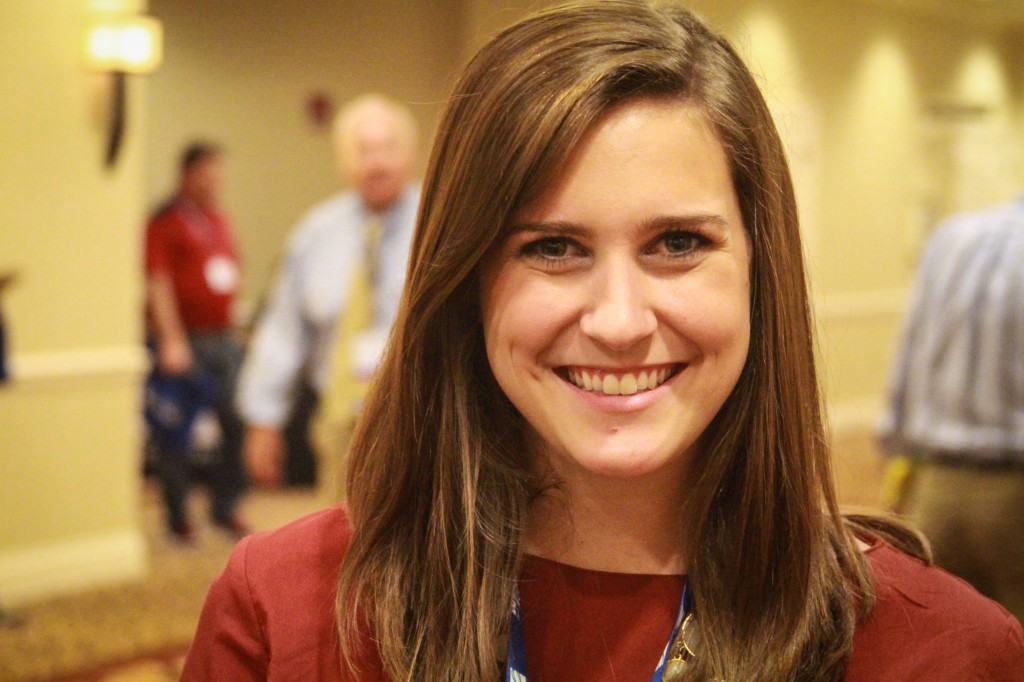 Caitlyn Shastain – Student at the University of Alabama “At my internship, we had an ethical dilemma of whether or not to show a certain scene. It was a scene were you could see some body bags, so the reporter I was following and I were debating whether or not it was ethical to put those images on air. You have to think about who’s going to see it, but you also need to think about how important it is. Is it something that needs to be shown? Would it add to the story or would it not?” 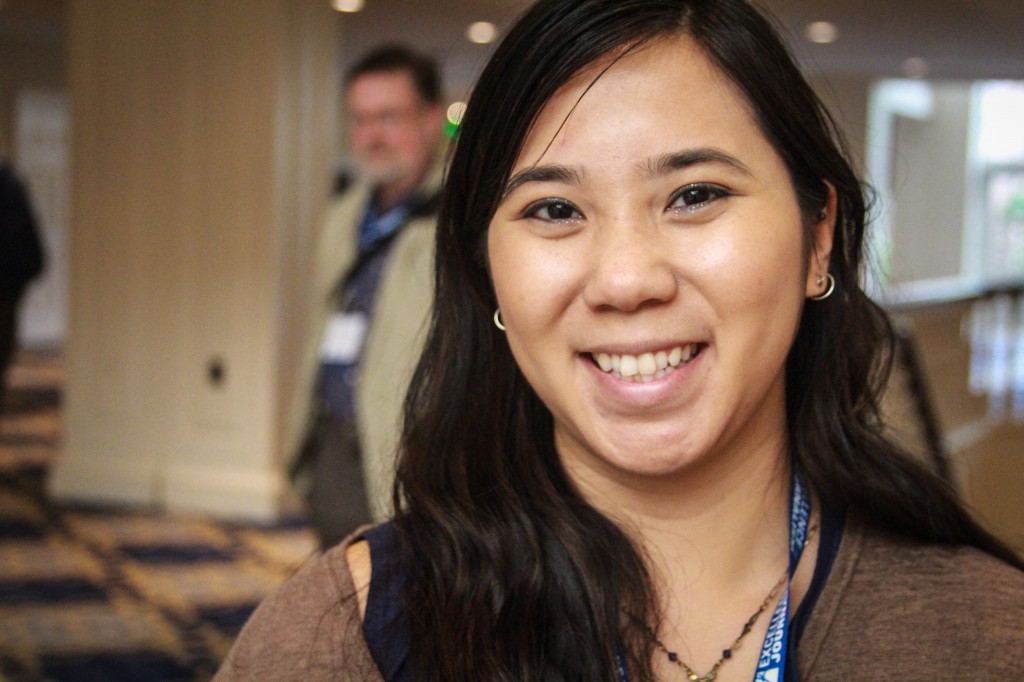 Kim Bui – Las Angeles “I was a social media editor for a public radio station and there was a moment where everyone was tweeting that Gabby Giffords had died. Some people were tweeting she had died, others that she was hurt, we just couldn’t figure it out. It came to a point where I had to make a decision. We had to make the call whether to wait or not. I decided to wait. I figured, we’re a small station, let’s wait for NPR or something to report. And it was the right decision because it turned out she didn’t die.” 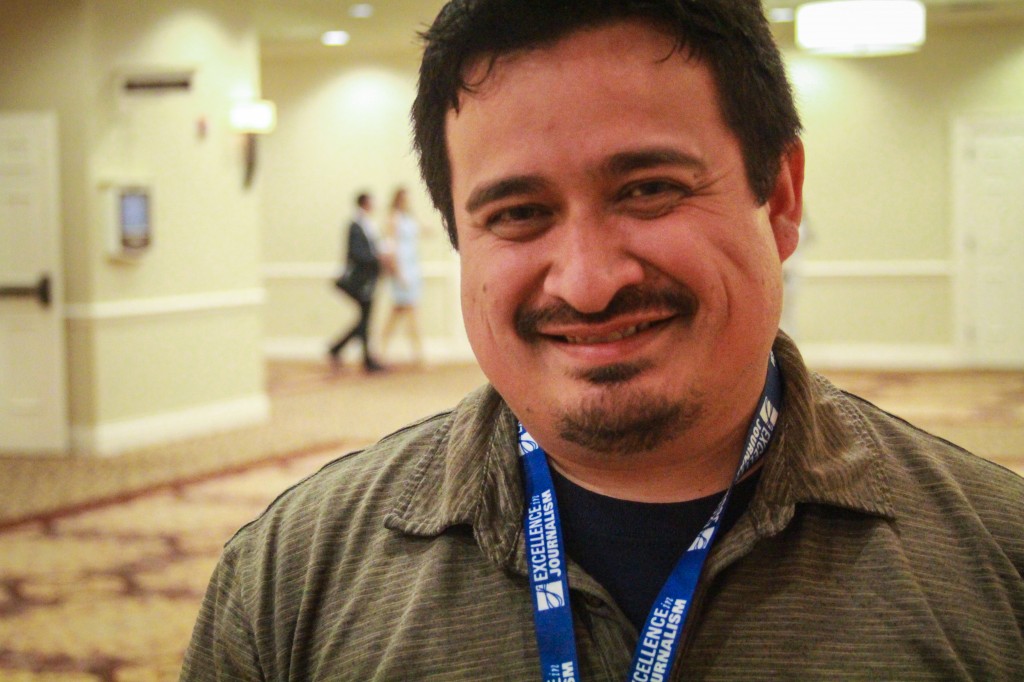 Marcos Santana – DesMoines, Iowa “(Journalists) make people account for themselves and we’re there ethically. The Ferguson situation was interesting. We have a responsibility to be the eyes and ears for a lot of people, and I think some people in that situation were looking to make a name for themselves. It’s important to realize all of the assemblances of ethics and realize that the story isn’t about making yourself more prominent, it’s about telling the story as effectively and ethically as possible.”